UKTodayNews.com: The stage is set for the much-awaited 61st Miss Universe pageant 2012, which will be held on December 19 2012 and broadcast live  around the world from the Planet Hollywood Resort & Casino in Las Vegas, Nevada, United States. During the event, Leila Lopes from Angola will crown the new winner towards the end of the ceremony. 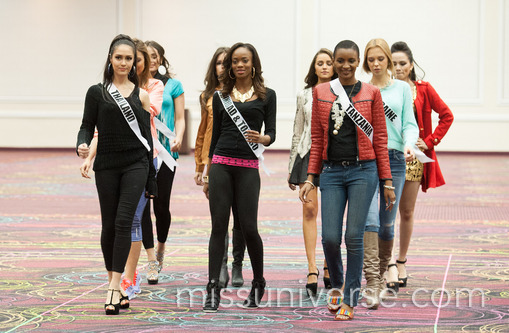 This year, the pageant will see beauties from 89 countries and territories participating for the coveted crown. The event will be broadcast live by NBC, Telemundo & other international broadcasters. The official website for Miss Universe and Xbox will show the preliminary and national costume shows.

The third runner up from Miss Universe 2011, Shamcey Supsup will host the official web contents. Meanwhile, the final event will be hosted by Andy Cohen and Giuliana Rancic.