Jack Herer, author of the books like Grass and The Emperor Wears No Clothes passed away in Eugene, Oregon. He was 70 years of age. Jack Herer was an iconic advocate of cannabis legalization and he described himself as the Emperor of Hemp. 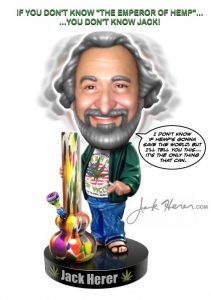 The “Emperor of Hemp” is also a documentary made about his life.

Jack Herer’s life was dedicated to the support of cannabis, hemp and marijuana. He strongly believed that the cannabis sativa plant should be decriminalized as it has many properties of renewable source of fuel, food, and medicine. It could be grown anywhere in the world too. He believed that the US government deliberately hides all these things from the people.