British singer and song writer Jessie J, came out at the red carpet of the Cannes Film Festival to make sure that she caught attention. The singer arrived in a striking red leopard print dress. 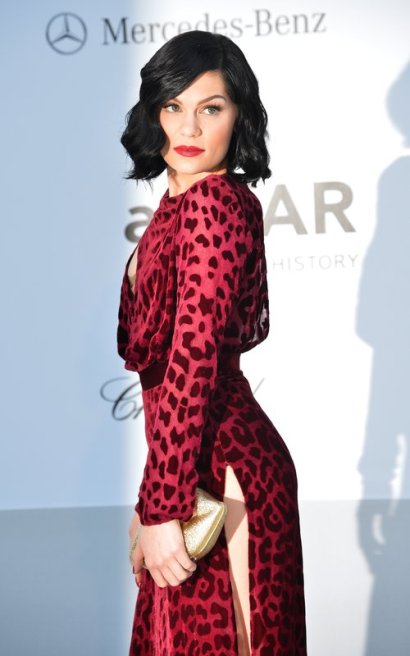 Jessie’s efforts paid off as she managed to turn heads at the red carpet on May 24, 2012. She was seen wearing a floor length dress with reveals slits either side along with one over her chest.

Jessie this time also ditched her usual quirky hairdos and also kept her make up minimal and simple. The singer also maintained the classic Hollywood theme with the bright red lipstick.

Jessie even performed for the guests at the Hotel de Cap in Cap D’Antibes. Despite the fact that the singer appeared for a job, Jessie seemed to have enjoyed her red carpet time as she responded to the cameras and offered plenty of opportunities for the shutterbugs to take a good picture. Jessie also seemed excited and satisfied with her outfit as she posted a picture of her outfit for her fans with the caption, ‘Red Carpet done 🙂 now to sing to the most beautiful group of people I’ve ever seen. Woah!’. Jessie was also seen enjoying the stage by often baring her legs, from her daring slits.