Kate Middleton and Prince William are following in the footsteps of other British families and are set to build a conservatory in their 10-bedroom country home in the grounds of Sandringham. The Duke and Duchess of Cambridge, along with Prince George, might move into Anmer Hall in the upcoming months. 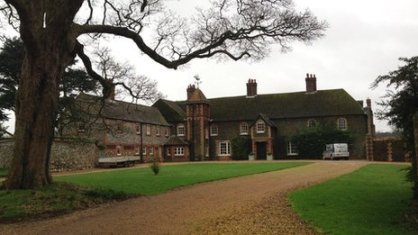 Reports have said that the couple is spending a significant amount of money to make their Norfolk mansion more private and comfortable. With this in mind, the couple’s aides are trying to get permission to build a glass-roofed extension on the kitchen at the property, which has been given to Prince William by the Queen. The conservatory has  already been approved by King’s Lynn, as well as the West Norfolk Borough Council.

However, the application is not being announced due to security reasons. The original garden room plans showed that it features panoramic views from the windows on all three sides, however, the revised application is asking for a glazed roof on the extension instead of tiles, which will provide more sunlight in the couple’s home.

The tenant who is currently living at the property has been asked by the Queen to leave as soon as possible. Earlier, the house was leased to the Duke and Duchess of Kent as their country house from 1972 until 1990.