Putting all doubts to rest, the World Health Organization (WHO) has announced that the Ebola outbreak is a public health emergency at an international level.

While it has made no recommendations on international travel or trade hold-ups, it did propose advisories on travel and contact. It stated that all those traveling from the affected countries should undergo mandatory screenings for fevers. In addition, no corpses should be brought across borders. 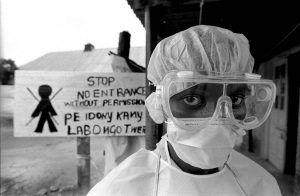 At the announcement, Margaret Chan, Director General, WHO said that the affected nations are the ones that do not have any capacity to manage the outbreak of this magnitude and complexity by themselves. She also urged the international community to provide urgent support.

It is the largest and longest outbreak recorded of Ebola. What makes it most dangerous is the fact that it has a high mortality rate of about 50-90 per cent, since there is no licensed treatment or vaccine available.

It was in March this year that the outbreak began in Guinea, which then spread to Sierra Leone and Liberia. Cases have also been reported in Nigeria now.