According to latest news published on May 22, 2013, the disgraced MP of Falkirk Eric Joyce has been arrested at the Edinburgh Airport, on charges of breach of the peace. 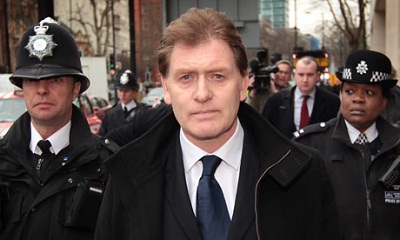 Mr Joyce, who arrived to Edinburgh on a flight from London, is believed to have left his phone on the plane. According to sources, Mr Joyce was abusive towards the airport staff when he was not allowed to get his phone back from the plane immediately.

As he continued behaving aggressively, the airport staff did not have too many options, other than to call the police. The arrival of the police did not put the situation to rest and they subsequently decided to arrest Eric Joyce. According to some eyewitnesses, a confrontation took place between the MP and the Edinburgh police, which resulted in the MP being handcuffed on the floor with a policeman’s knee right at the back of his neck.

He was also arrested back in February 2013, on charges of getting himself involved in a brawl at a Commons bar. He was let go that time due to lack of evidence against him, but he was not allowed to buy alcohol anywhere in the Palace of Westminster. He did promise to give up his seat in the next general election.