A Virgin Atlantic flight had to be returned to West London airport as a precautionary measure as one of the pilots complained of feeling unwell after laser light was flashed at the cockpit. The incident happened on February 14, 2016 when a New York bound plane had to return to Heathrow Airport. 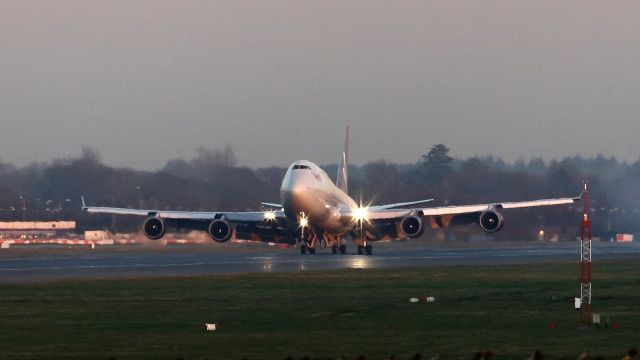 The pilot’s union said that more needs to be done to handle the growing use of lasers against the aircraft. A spokesperson from the Virgin Atlantic said that the safety of the crew and customers on board the flight was the top priority. The spokesperson added, “All customers will be offered overnight accommodation and we will get them on their journey as soon as possible. We are working with the authorities to identify the source of the laser that caused the return of the aircraft to Heathrow.”
The police said that they are trying to find the source of the laser beam. A law was passed in 2010 in the UK that states that the offenders who point a shining light at the aircraft will be charged. If the person is found guilty, he can be sent to the prison.
In recent times more than 8,900 laser incidents were reported to the UK Civil Aviation Authority.
Photo Credits: cbsnewyork