A huge fire had set a hotel ablaze in northern Iraq, which has killed 28 people and injured several others in the incident. The fire occurred in Soma hotel in the city of Sulaimaniya at night, which resulted in the death of many women, children and around 14 foreigners. 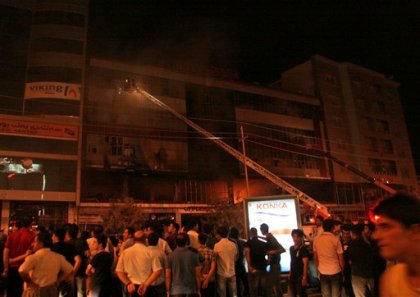 Reports say that after seven hours of fighting the fire, the fire fighters finally managed to douse the fire out. The cause of the fire seems to be a electrical failure, and there are no signs of terrorist attacks in the hotel. According to an eyewitness, he says that around three people jumped out of the window to save themselves, but they died when they fell on the ground.

Officials have also stated that at least four children have died in the incident and also four Americans. Some fire fighters were also killed during the incident.