Singapore and Malaysia are the most badly affected areas, as far as the haze from Indonesia is concerned, according to a report. The illegal forest clearing fires taking place on Sumatra Island, Indonesia is the reason these two nations have been suffering a lot since 2006. 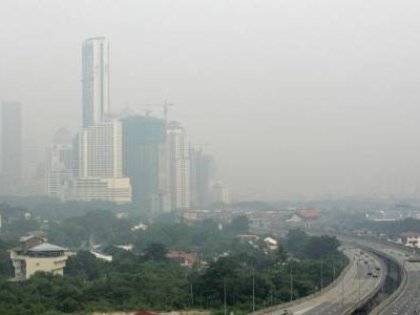 Reports state that the air pollution index of Singapore figured the maximum level in this week since 2006. There has been a pledge among the two governments to deal with the fires, and the extent of it is so bad that Malaysia has issued an alert to all vessels in the Malacca Strait of the poor visibility in the region. Besides, many schools have been shut as well on Thursday.

Purwasto Saroprayogi of Indonesia’s Environment Ministry said, “The suspicion is that this is coming from forests that have been opened up for plantations. We think it may be for palm oil.”

Just about a week ago, the Southeast Asia environment ministers had a meeting in Brunei regarding the land and forest fires which had surfaced much criticism from the neighbouring countries.

Yaacob Ibrahim, Environment Minister, Singapore said, “This is not the first time that we have informed the Indonesians that they should pay attention to hotspots in Sumatra and Borneo.”

Indonesia’s Foreign Minister Marty Natalegawa had a meeting with his Singapore counterpart on Friday and said that they will work closely with Singapore and the neighboring countries to curb the haze.

On the other side, Malaysian Foreign Affairs Minister Anifah Aman stated that his country will co-operate with Indonesia if needed, to put an end to the haze.