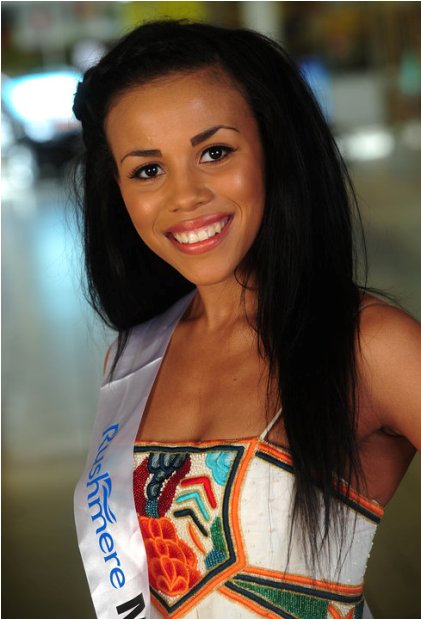 Lori Moore is the first black Miss Northern Ireland and is reported to a student of Northumbria University, Northern Ireland. She loves sports, and calls her late mother – who was raped and murdered 4 years ago – as her inspiration.

In an interview with UTV earlier this year, Moore said, “I think many people have troubles in their lives, mine has just been more obvious.” She added, “Yes, my mum was an inspiration – she herself was very glamorous, so I think she would have really liked me to enter this competition.”

Armed with determination and a strong passion to win the Miss World 2010 crown, Miss Northern Ireland 2010 Lori Moore is one of the contestants to watch out at this year’s pageant.