Irish singer and song writer Sinead O’Connor has reportedly cancelled her upcoming US tour. The singer revealed on her blog that she would have to take back the upcoming live dates as she is not doing well. 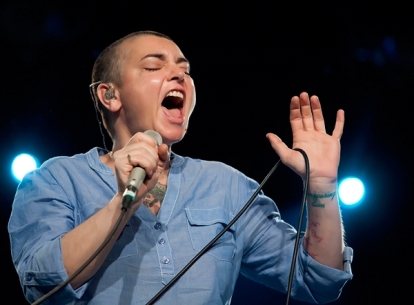 The singer in the month of January had recovered from two apparent suicide attempts. O’Connor on her blog wrote, “As you all know I had a very serious breakdown between December and March and I had been advised by my doctor not to go on tour but didn’t want to ‘fail’ or let anyone down as the tour was already booked to coincide with album release…”
The singer added that she then ignored the advice of her doctor and attempted to be stronger than she actually is.

O’Connor then expressed that she hopes to return for her appearance at a Curtis Mayfield tribute concert in New York City in the month of July this year.

Shortly, after releasing the cancellation statement, the singer reportedly deleted her website as well as her Twitter page. The portal Ticketmaster has already posted the cancellation of the singer’s upcoming concerts in Washington DC, Boston and New York City. While the other dates are still listed as pending on the website.