UKTodayNews.com: Hollywood superstar Brad Pitt was generous enough when he was shooting in Dorset, South England as a charity organizer managed to get Pitt to donate £700 to a baby unit. 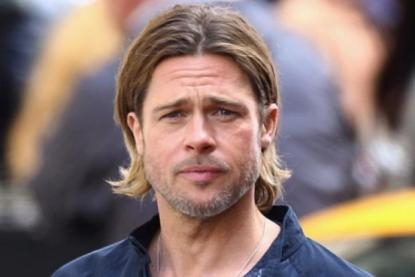 A gift shop worker in Lulworth – Tricia Wilson Hughes, managed to raise £40 from the crew of the zombie movie World War Z. The worker then met Pitt’s security guard, whom she asked if the star could donate some money to her cause, after which the guard returned with £700.

Wilson Hughes is attempting to raise money for Southampton hospital’s neonatal unit, where a friend’s baby was being treated. Zachary Gallagher was born with gastroschisis and was treated in the intensive care unit. The baby is 18 weeks old.

Children who have gastroschisis develop a condition where a part of the bowel protrudes from the abdomen. Hughes was worried that the shooting would impact a fund raising event in Lulworth on Saturday, due to which she wanted to see if the actor could help. Ms Wilson Hughes said, “I wasn’t too bothered if I didn’t see Brad Pitt… [but] I felt I had to do something for the charity”. The gift shop worker was obliged and cold not believe the fact that she got £700 from the actor, which was more than enough for the cause.