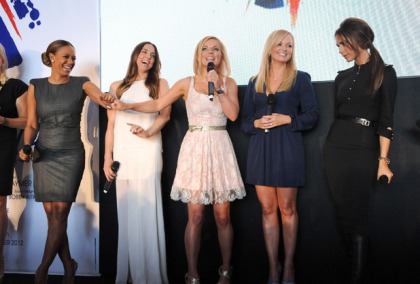 Jennifer Saunders has written the musical and it narrates the story of a girl band who pursues stardom on a reality TV series. Mel C, after the show, took to the stage to thank her wonderful cast saying, “I think they’ve done a pretty good job.” However, the Spice Girls do not appear as characters in the Viva Forever plot, in which a group of singers’ friendship is tested by fame.

The British girl-band had shot to fame almost overnight with the release of ‘Wannabe’ in the year 1996, but after two years Geri quit the band due to some differences between the other band members. However, since then Geri has reconciled and had also made a comeback in 2007. She admitted that watching the show brought back lot of memories. Halliwel also said that she felt a bit tearful.

Former England football captain David Beckham watched his wife Victoria from the audience along with their three sons and even thanked Saunders for the script.