The Duke and Duchess of Cambridge, Prince William and Kate Middleton will be spending the day of their third marriage anniversary with family members on April 29, 2014. The couple and their baby son George are planning to recover from their hectic tour of New Zealand and Australia, which lasted for 19 days. 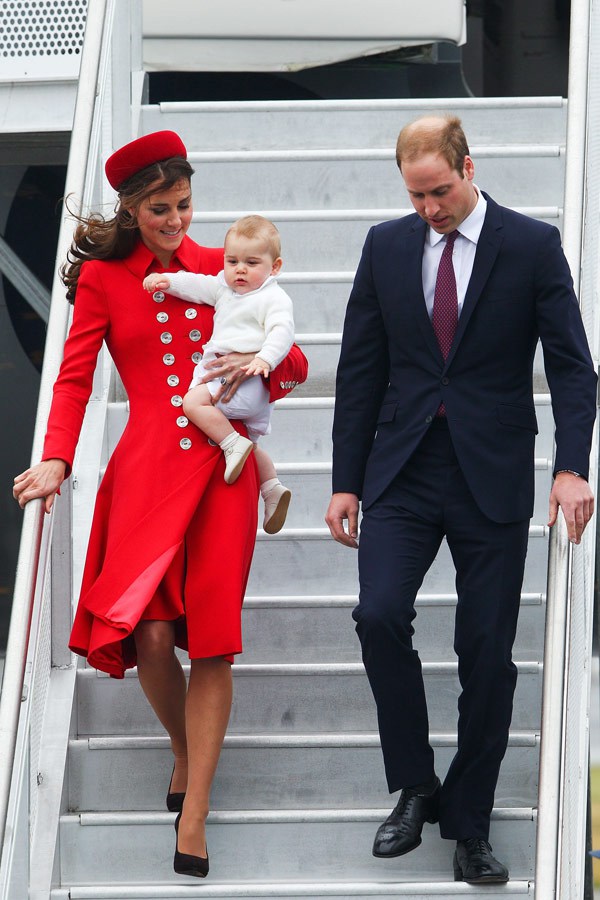 The couple’s anniversary will also mark the first time that Prince William and Kate will be spending it with their son. The Royal family is reportedly planning to spend the day in private. Reports say that the couple will be meeting the Middletons, as well as the rest of the family in order to show them how much baby George has grown in the meantime.

Kate revealed that her nine-month-old son gained an extra fat roll on the trip. On the couple’s second anniversary 2013, Kate Middleton was pregnant and she spent the day on a solo visit to a children’s hospital in Hampshire and Prince William was in Wales on duty.

Kate and Prince William were married in a royal wedding ceremony on April 29, 2011 as the entire world looked on. The couple became parents for the first time in July 2013, after which they moved to their newly renovated Kensington Palace apartment.