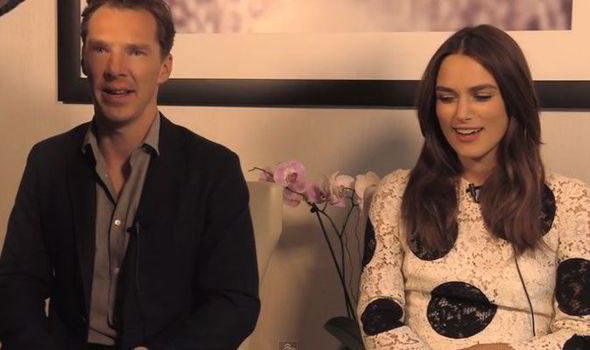 British stars Benedict Cumberbatch and Keira Knightley kickstarted the 58th BFI London Film Festival, as they walked the red carpet for the European premiere of their wartime drama The Imitation Game. The festival will present 248 feature films over the 12-day film festival, which is being held from October 8-19, 2014. 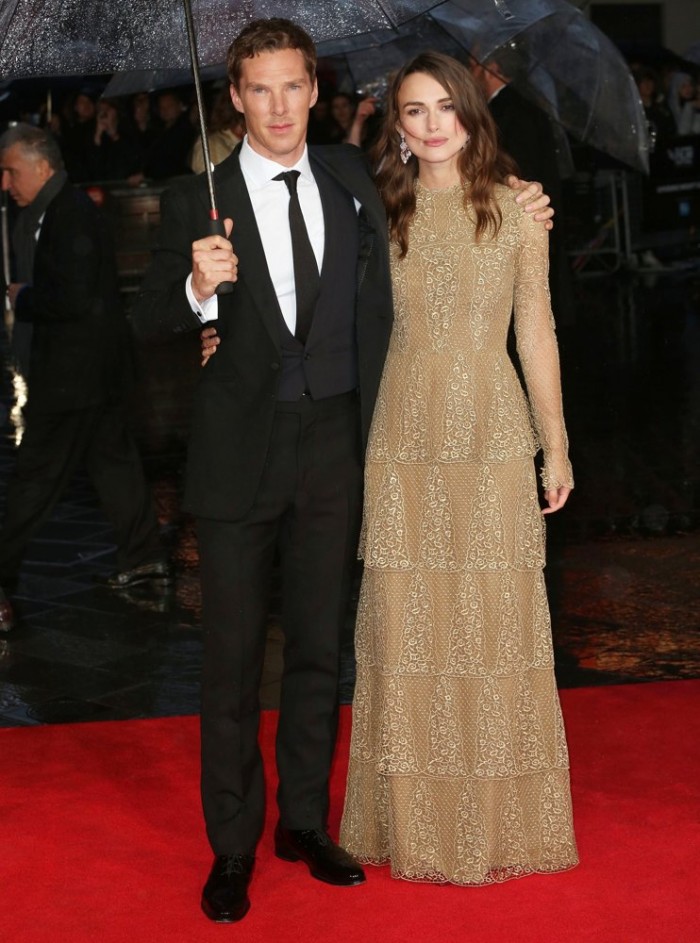 Cumberbatch enacts the role of computer pioneer Alan Turing who, along with his team, attempted to decipher German coded messages that considerably aided in ending the second world war. He is already been touted as an Oscar nominee for his performance in the film.

The Imitation Game also has Knightly as Joan Clarke, Turing’s close friend and peer in the pressure filled code-breaking. The two were joined by other members of the cast, Charles Dance and Mark Strong, at the red carpet on the opening night of the festival.

The festival will conclude on its 12th day with Brad Pitt’s World War II drama Fury. The movie is set in 1945 and revolves around the story of an army sergeant in command of a tank crew for a mission behind enemy lines.

Other screenings at the festival include Steve Carell’s wrestling drama Foxcatcher and Reese Witherspoon’s Wild, which shows the Legally Blonde actress playing the role of a young woman on a gruelling 1,100 mile hike.