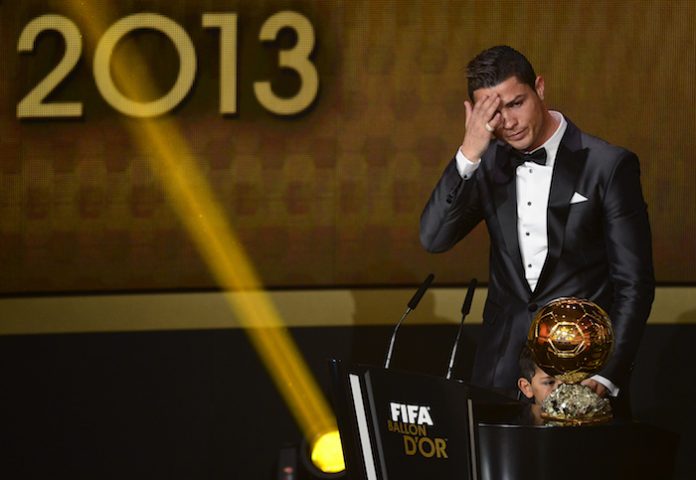 Cristiano Ronaldo will hope to make it a hat trick as FIFA releases 23-man shortlist for Ballon d’Or.

The Fédération Internationale de Football Association (FIFA) recently released a list of the 23 probable players for the Ballon d’Or 2015. On the list is Cristiano Ronaldo, holder of the current award and four-time Ballon d’Or champion Lionel Messi. The list was compiled by FIFA’s Football Committee and France Football on October 27, 2014. 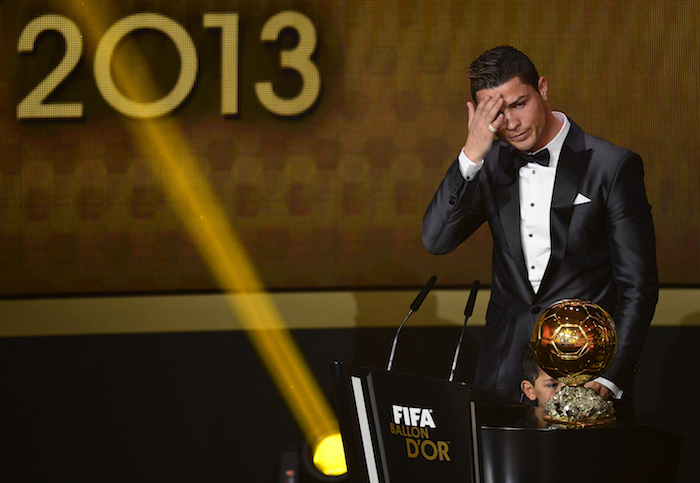 This list would later be curtailed to the top 3 by January 2015. Unsurprisingly, the list is dominated by players from the La Liga, with 6 players from Real Madrid and 4 from Barcelona. However, a surprise exclusion from the list is ex-Liverpool player Luiz Suarez. The Liverpool forward was the joint top goal scorer in Europe with 31 goals last year.

Suarez made a move to Barcelona this summer, in a £65 million deal. Suarez recently made his first professional football appearance in an El Clasico after serving a 4-month ban by FIFA for biting Italian defender Chellini in a World Cup match.

Along with the list of players, FIFA also released a list of probables for the Coach of the Year award. Among the players, Cristiano Ronaldo is touted as the favourite, with Lionel Messi is second in line. Following them are 3 members of this year’s World cup winning team, Germany. Thomas Muller, Manuel Neuer and Philip Lahm.