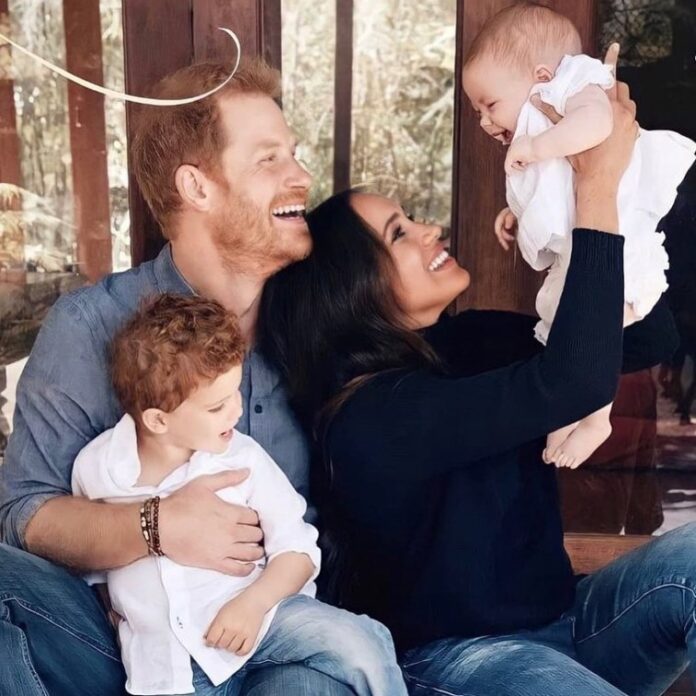 Queen Elizabeth II is all set to celebrate the Platinum Jubilee to mark her 70 years of her reign. Prince Harry and wife Meghan Markle are planning to visit England for the Platinum Jubilee weekend but would be keeping their visit low profile. As per reports the Duke and Duchess of Sussex will be flying without any senior staff members and will arrive only with a small security team while leaving their most trusted staff back home in California.

The couple along with their two children Archie and Lilibet will be staying at their Windsor home of Frogmore Cottage. Their daughter Lilibet will be celebrating her first birthday on June 4, 2022. The couple is expected to attend the Service of Thanksgiving at St. Paul’s Cathedral with the Queen on June 3, 2022 and will then be attending BBS’s Party at the Palace the next evening. The four day weekend celebrations are being planned to mark the 70 year reign of 96 years old grandmother of Prince Harry. Reports say that the couple will not be conducting their own program of events while they are in Britain.

It has been more than two years since Prince Harry and Meghan stepped down as senior members of the Royal family. They are ready to arrive any day now with their children after they received an invitation from the Queen. The couple has been barred from joining the Royal family at the Buckingham Palace Balcony on June 2, 2022, but they are expected to join for a service at St. Paul’s Cathedral and for the Palace pop concert.

As for Harry and Meghan, they have established a new life for themselves in California and have also bought a multi-million pound home. They have also launched a non-profit foundation and have also signed lucrative deals with Spotify and Netflix. The companies have given the couple capital to pursue their new public goals and lifestyle.