The Senate Republicans some how stayed united until Monday and were successful enough to stop all efforts by the Democrats to give way to start the debate on the financial reform bill. 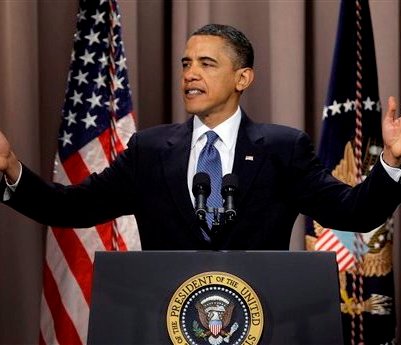 The final vote was 57-41. Republican Sen, Democratic Sen and Chris Dodd would have to go back to the committee and try and craft legislation that will help reach the 60 votes mark to begin the debate.

The provisions of the bill is to have an established system for the initiation of a consumer protection agency, dismantling struggling large firms,and a requirement to trade transparently.

A version of the legislation is already passed by the House.

President Obama in a statement said,

“I am deeply disappointed that Senate Republicans voted in a block against allowing a public debate on Wall Street reform to begin,” “Some of these Senators may believe that this obstruction is a good political strategy, and others may see delay as an opportunity to take this debate behind closed doors, where financial industry lobbyists can water down reform or kill it altogether. But the American people can’t afford that.”