BP Cap, Oil Spill Cap, Gulf Coast Oil Spill: The latest reports on BP’s oil catastrophe in the Gulf of Mexico state that BP has collected almost 10,500 barrels of oil through the containment cap placed on the leaking oil well, in their attempt to put an end to the Gulf Coast oil spill 2010. 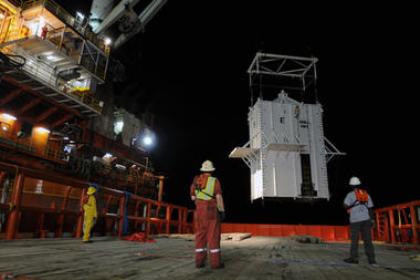 BP Chief Tony Hayward told reporters that they have collected more than the 6077 barrels of oil which was accounted for on Friday. He also stated that they have another containment unit that would be functional from the next weekend, this way they would be able to cap majority of oil from the leak.

More news came from the company’s side; that they have successfully flared out the 22 million cubic feet of gas on Saturday. US Coast Guard Admiral Thad Allen stated that this horrific incident is turning out to be a marine war. The oil leak is attacking four of the coastal states of the US and sources say that it depends on the weather conditions where the leaking oil floats.

According to the BP officials, the latest containment method is turning out to be successful and is proving to be a stop-gap fix for now, and if the process continues this way they will be able to finally bring out a concrete solution to plug the well.