Sachin Tendulkar, who is known as the best batsman in the world of Cricket from India, today on the 24th of Feb, broke the record of the highest individual score in a one day international Cricket match against South Africa in the city of Gwalior in central India. 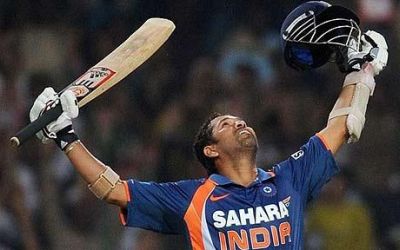 Sachin often known as the little master and master blaster became the first batsman in international cricket to score 200 runs in a 50 over game. Sachin is also the leading run scorer in international cricket with the most number of centuries attached to his name. Sachin broke the record which was previously held by Pakistan’s Saeed Anwar and Zimbabwe’s Charles Coventry of 194 runs.

Sachin Tendulkar entered international cricket for the country at the age of 16 and its been 20 years since he has played.

The cricketer is from Mumbai and his fans are all in praises of the one person who made India shine in the world of sport and cricket.