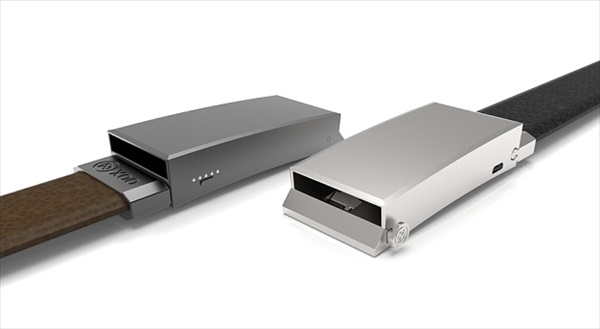 A young entrepreneur has invented a phone charging belt.

In these times where an everyday item is being turned into gadget, a young entrepreneur has added to that list. Piers Ridyard has combined a regular belt used by men and added a charger and USB port to it. Calling it the XOO belt, it will have the capacity to charge an Apple iPhone 6 completely. It is 2100 mAh.

So keeping one’s pants up and charging their phone can be done with the same piece of equipment. Who would have thought of this a few years ago? The invention was launched as a project on the crowdfunding website Indiegogo. The belt is created by Piers Ridyard under the company Nifty, which is famous for its Minidrive invention.

The belt will contain 1300 mAh of battery capacity, while the other 800 mAh is contained in the buckle of the belt. Splitting the battery capacity was important since it would allow the company to offer belts of different lengths for different users.

The best part of charging the phone like this is that it can be in the pocket of the user while he is charging his phone. The company had crowd funded their first project Minidrive, which was a roaring success. The company has followed the same path with this project of theirs as well.