Buffalo Shooting Kills 4: In a horrifying scene outside a restaurant called The City Grill on Main Street,  in Buffalo, New York, eight people were shot at, out which four have been pronounced dead. The shooting took place at the restaurant at around 02:30 am on Saturday. The dead include two women and two men, and all the injured were men. 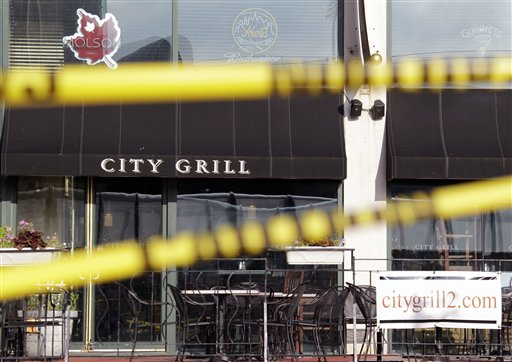 According to reports, the Buffalo shooting occurred at a wedding party at The City Grill restaurant, during which four people were killed. The father of one of the victims came to the crime scene at around 09:00 am in the morning.

A man named Raymond Whilite stated that his 32 year daughter had been killed during the shoot out. He said that this was just senseless to kill and shoot at people during a wedding party. Officials say that the groom was also killed. The police are trying to find any video graphic evidence from the Seneca Metro Rail Station, which the survellaince cam might have picked up.

Officials said that there were around 100 people at the restaurant and they were celebrating a wedding that occurred sometime last year.