British actor Kenneth Branagh, actress Kate Winslet of ‘Titanic’ fame and Gary Barlow, the front man of Take That are the names that head at the Queen Elizabeth’s annual birthday honours. The Britain’s Cabinet office announced about the honours on June 16, 2012. 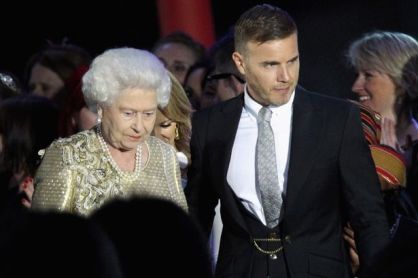 Stage and screen Shakespearean actor, Branagh will be known as ‘Sir Kenneth’ after he was knighted in one of the highest awards. Branagh said that the award is very special to him and added, “I feel very humble about it, I feel elated about it”.

Kate Winslet won an Oscar in the year 2008 for her role in holocaust drama ‘The Reader’ and also starred opposite Leonardo DiCaprio in the 1997 block buster movie ‘Titanic’, was made a CBE or Commander of the British Empire.
Barlow received the honour just days after overseeing a glittering pop concert outside Queen’s Buckingham Palace residence in London as a part of the Jubilee celebrations.

For the sportsmen, there were also honours for the former England international soccer goal keeper David James, the world’s number one in golf Luke Donald and former Wales International rugby player Shane Williams. Overall some 1,201 people were honoured by the queen.