On November 20, 2012 the Queen and the Duke of Edinburgh celebrate their Blue Sapphire wedding anniversary. The day is special and historic, as no other British monarch couple has managed to achieve this feat. 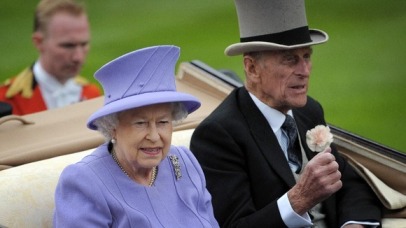 Today the Queen and the Duke of Edinburgh will celebrate their 65th anniversary as she is all set to mark another landmark in her diamond jubilee year. The two have become one of 2,000 couples in Britain who will reach their Blue Sapphire wedding anniversary this year.

However, the royal couple does not have any plans to celebrate. On Monday night, the Queen and Duke attended the Royal Variety Performance in London and after that they spent a quiet day together on Tuesday. They will then carry on their duties for the rest of the week, which include a joint visit to Bristol on November 22, 2012 and official engagements for the Duke on November 21 and  November 23, 2012.

The spokesperson for the Queen revealed that the Royal couple will mark the day privately. The Queen first met Prince Philip in the year 1939, when she was just 13 years old and he was a navel cadet. They were engaged on July 9, 1947 and later married on Novemver 20, 1947. They received around 2,500 wedding gifts from around the world at the time.