UKTodayNews.com: Vietnamese beauty Luu Thi Diem Huong is all set to represent her country at the 2012 Miss Universe beauty pageant, which will be held at the Planet Hollywood Resort in Las Vegas on December 19, 2012. 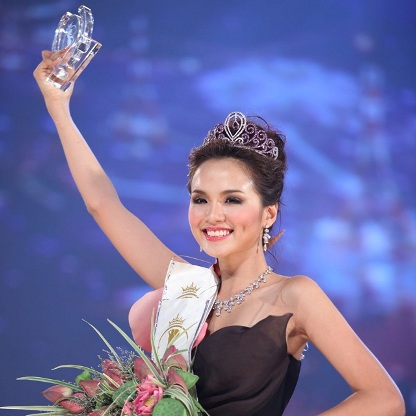 Huong held a meeting on December 4, 2012 at the Riverside palace in HCMC’s district 4, where the Vietnamese beauty received a platinum necklace worth VND 60 million by entrepreneur Hung Cuu Long from Cuu Long Jewellery. However, the item will be auctioned in a charity event among this year’s contestants. Miss Universe Vietnam  2012 claimed a spot in the top 15 contestants at Miss Earth contest in Nha Trang in 2010. She also claimed the title of Miss Bikini.

Huong is 1.74 meters tall and her vital statistics are 85-62-94. At the pageant in the US the 22-year-old will parade the Ao Dai, which is a Vietnamese long dress designed by Thuan Viet; she will also be seen in evening gowns and casual wear created by Adrian Anh Tuan.

In terms of preparation, the beauty has been practicing her English pronunciation skills for the event. Huong has appealed to her local fans to vote for her to win the title of Miss Popular, which will also allow them to win a ticket to the semi-finals. 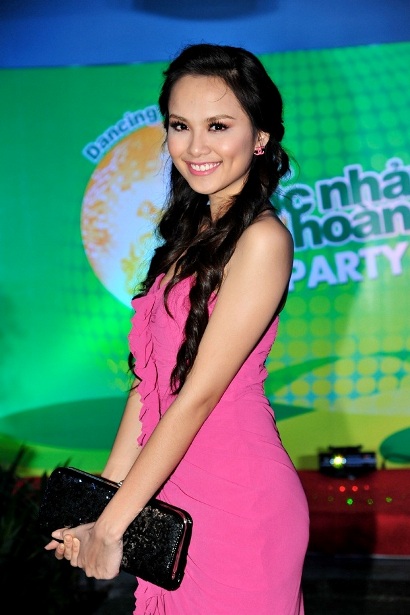 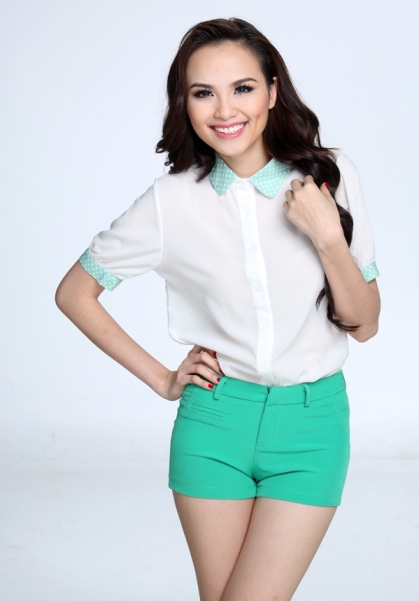 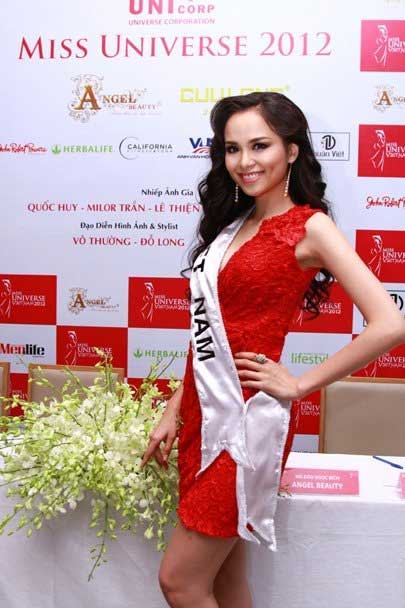 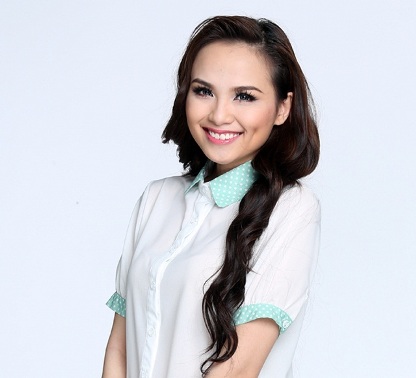 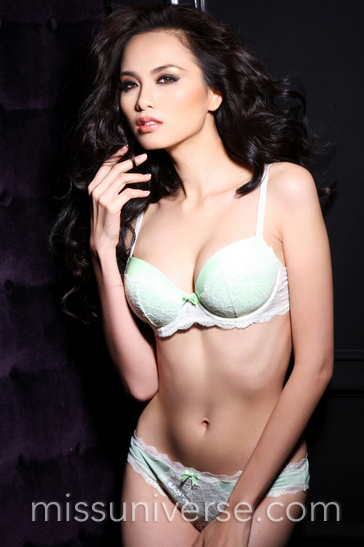