American singer and songwriter Lady Gaga has been showing off her wild side with a bizarre fashion sense for a while now. Whenever she is performing or is about to hit the red carpet, the ‘Bad Romance’ singer always has a unique outfit to show. The Grammy Award-winning singer on November 11, 2013 unveiled the ‘flying dress’, or the Volantis as she calls it. 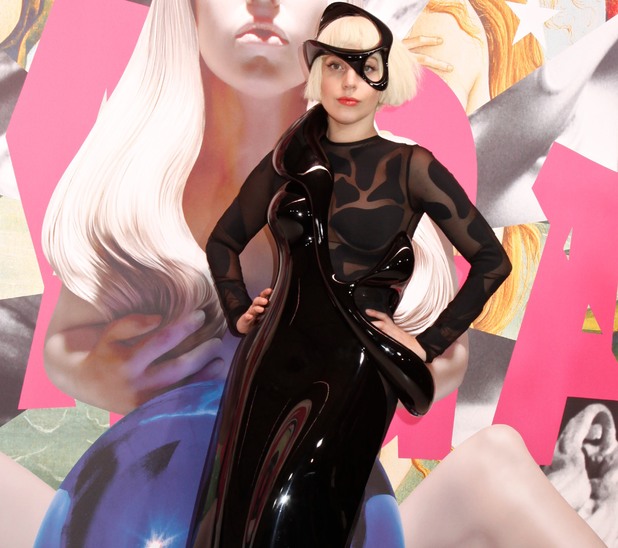 The ‘Applause’ singer held a launch party for her album ‘Artpop’, but the night was not about the album, it was about the flying dress which attracted all the attention. Gaga unveiled the dress and claimed that it is the world’s first flying dress and that it can fly her up to the rafters of the building. The outfit was designed by TechHaus and the dress is actually a vehicle.

While talking to reporters, the pop superstar said that it is a symbol of the future and is also a symbol for the youth today. The floral-shaped craft is supported by a fiber-optic body piece, which is designed to fit around the curves of a female body.

Gaga said, “I wanted to make today about something even more important to me, and that something is the youth of the world”. The singer went on to say that although it is just a vehicle, is is essentially a metaphor for her.