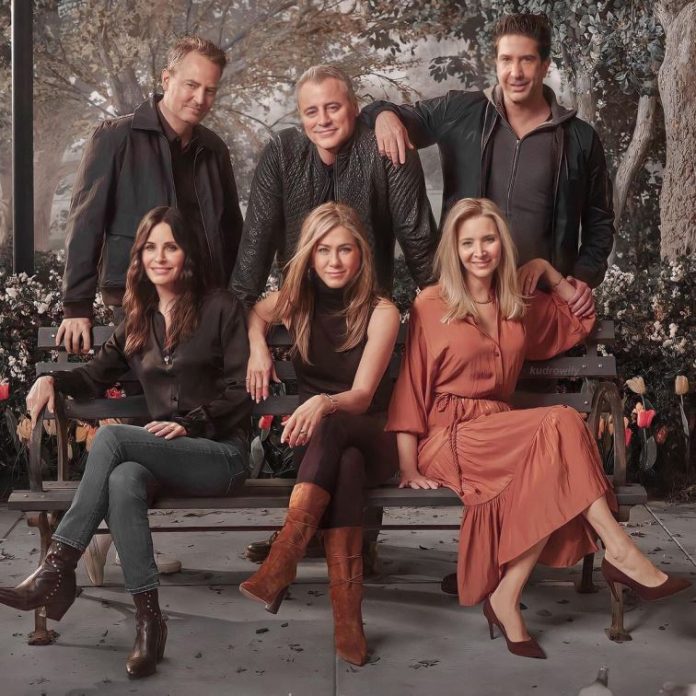 Friends is a popular American TV sitcom that had a successful run from 1994 to 2004 and lasted for ten seasons. Excitement among the fans hit the highest when it was announced the makers of the show would be airing the F.R.I.E.N.D.S Reunion episode. The makers of the show have finally dropped the trailer of the upcoming show which is all set to be aired on May 27, 2021. The trailer of the show has shown the lead cast, Jennifer Aniston, Lisa Kudrow, Kourtney Cox, Matt LeBlanc, Matthew Perry and David Schwimmer coming together for the reunion show.

The special episode was being planned since the last lockdown and is directed by Ben Winston. The trailer of the show has shown some of the memorable and emotional moments that take the fans back to the time. The entire clip is indeed an entertainment for the audience and has shown the actors visiting the show sets as they remember the good old times. It was great to see the lead cast who looked even more fabulous as they have come a long way.

All the actors were seen reading their respective scripts and also recalled the episodes. The Reunion episode is all set to be aired on HBO Max on May 27, 2021. It was a week ago when the makers of the show had released the teaser. The show is also going to feature Lady Gaga, David Beckham, Cindy Crawford, Mindy Kaling, Justin Bieber, Christina Pickles, Thomas Lenon, Malala Yousafzai and others making a cameo appearance.

The show was first aired on September 22, in the year 1994 and went on to entertain the audience for ten seasons. It was created by David Crane and Marta Kauffman and was concluded on May 6, 2004. With the trailer launch, the audience now cannot wait to watch the actual reunion episode which is expected to show some fun moments and bring back some old memories.