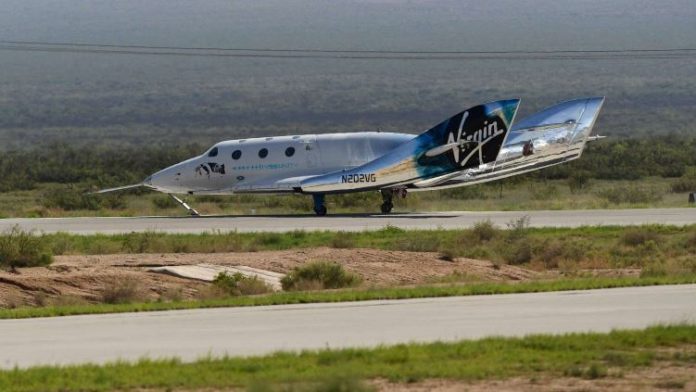 British business tycoon and founder of Virgin Galactic successfully landed in space on July 11, 2021. A sub-orbital test flight was conducted that demonstrated his company’s intensions to introduce space flights for passengers who would want to experience the thrill of the space. The test flight demonstrated that the aircraft travelled above 50 miles with Branson and five other crew mates, who experienced three minutes of weightlessness and could also catch the spectacular view of the Earth before they returned to the atmosphere. The flight touched down at the New Mexico launch site of Virgin.

The 70 year old commercial astronaut, while talking to a leading daily about his experience expressed that he had dreamt to have this experience since childhood and added that nothing can prepare anyone for the view of Earth from space. Branson also described the view as magical and unreal. The recent test flight was also an answer to Jeff Bezos and his plans to take a sub-orbital flight on his New Shepard Aircraft by Blue Origin on July 20, 2021. The two companies are now competing for passengers for the potential commercial space market.

However, Bezos congratulated and appreciated efforts by Branson after they landed by posting an Instagram post. Bezos wrote, “congratulations on the flight. Can’t wait to join the club!”. It was a twin-fuselage carrier jet of Virgin that had a successful lift off from the Spaceport America launch site located near Truth or Consequences in New Mexico at 8:40 am local time. The pilots who managed a successful take-off were Michael Massuci and David Mackay along with astronaut trainer of Virgin Beth Moses. The crew also included flight engineer Colin Bennet and Sirisha Bandla, who is the vice president of the company’s government relations.

The event was followed by a number of viewers that included reporters and global audience. The VMS Eve had climbed up steadily to an altitude of 45,000 feet and later it conducted a round of safety checks. Soon Mackay and Masucci ignited the hybrid rocket of Unity motor after which the crew was slammed back to their seats. Soon the crew unstrapped themselves and started floating in the cabin and enjoyed the spectacular view.