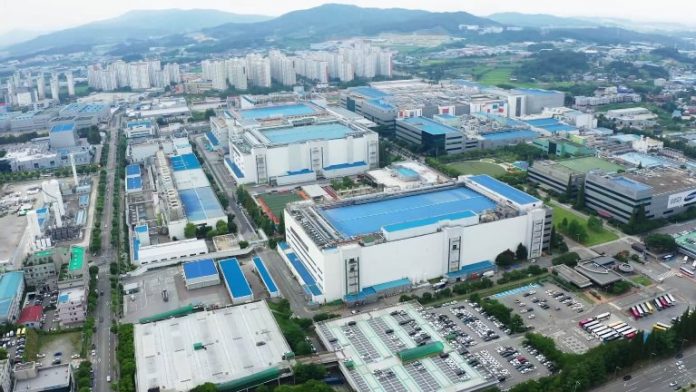 While the globe is dealing with a global semiconductor shortage, South Korean giant Samsung has announced that it is all set to invest $17bn semi-conductor factory in Texas. Semiconductors is a part that is used as a chip in phones, cars and other electronic devices. The new plant is being planned just outside Austin and is also expected to be Samsung’s biggest investment in the United States. The manufacturing unit is would be operational by the second half of 2024.

The company has earlier considered a few other sites in Arizona and New York but then finalized in Texas. Samsung has said that the new plant will help to improve production of the chips that are used in 5G mobile communications, artificial Intelligence and advanced computing. The company also said that it would also help in supply chain resilience. Ever since the pandemic started, the shortage of the semiconductor chips has become dominant and one of the major obstacles for the businesses. It has also become a serious US national security concern.

The shut-downs of the manufacturing companies during the COVID-19 pandemic led to the supply problems. It has not just hampered the production of the new vehicles, but has also affected production of other electronic devices for about a year. It has also affected the National Security as a number of US companies depend on the chips that are produced overseas, particularly in Taiwan, that China has for long claimed as its own territory.

Greg Abbott the governor of Texas announced about the new factory in Texas and informed that it is the largest foreign direct investment in the state of Texas ever. Samsung is one of the largest chipmakers and has more than 20,000 employees across the United States. The latest announcement has taken its total investment in the country to $47bn. On the other hand chipmakers across the globe are outsourcing their manufacturing operations in response to the crisis.