American Pie actress Tara Reid stripped down naked for a photo shoot for none other than Playboy Magazine. Tara Reid’s Playboy pictures which were shot in October 2009, have appeared in the January/February 2010 edition of the Playboy magazine. 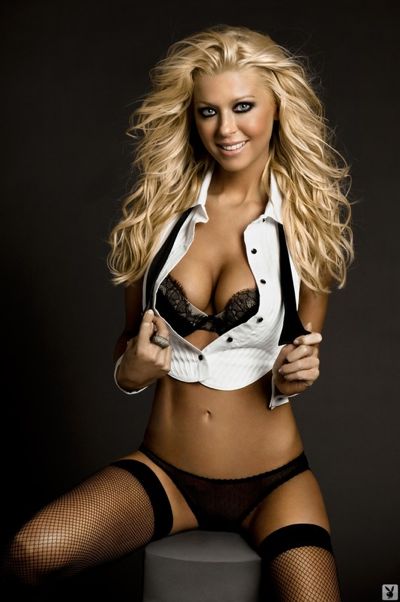 It is a well known fact that Tara has struggled with her body image, ever since she underwent a liposuction procedure that went wrong and left the actress disfigured in 2004. But now that she has posed for Playboy, it is definitely going to increase her self confidence.

However, in the past Tara had said she would never pose for Playboy. She told reporters the reason for this: “I know there are problems with my stomach. There are bumps on it, it’s uneven, but it’s not that bad. My stomach scars are my battle wounds.”

Tara’s Playboy 2009 pics look stunning and the actress seems to be back in great shape now.