After many days of speculation, the new American Idol judge line-up has been revealed, with Aerosmith’s Steven Tyler and singer Jennifer Lopez joining in as new judges, along with current judge Randy Jackson. 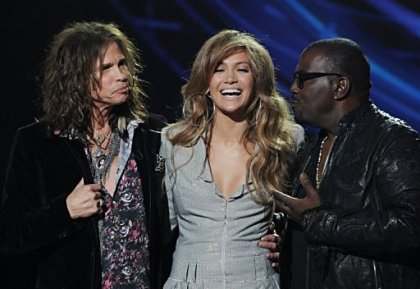 The news was announced by Ryan Seacrest at a press conference in Los Angeles.

Lopez said, “We’re looking for the next Michael Jackson. It’s such a special year – 10 years – it’s just an amazing thing to be part of. I feel really lucky to be here and I’m really excited to see who we find.”

She further added, “I think what we’ll bring is the fact that we do have the experience of trying to make it in this business and achieving a level of success and what that brings with it. Pressure, success, fame, all of those things.”

Earlier this year, Simon Cowell, Elen DeGeneres and Kara DioGuardi quit the show as judges citing personal reasons, and the new season will see the judging panel move back to the original three judge line-up.

American Idol is scheduled to begin Season 10 in January 2011.